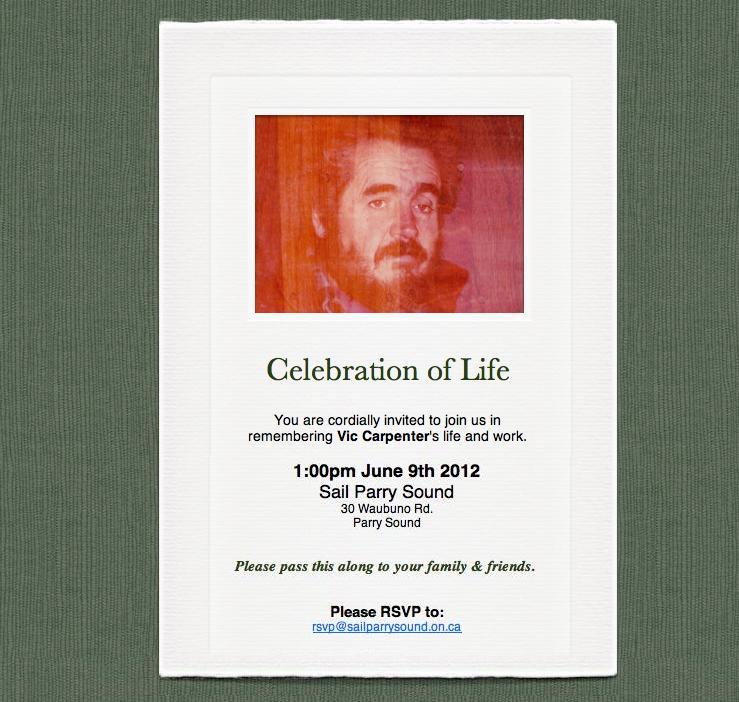 Vic and his wife Hazel were the proprietors of Superior Sailboats for almost 50 years, in Michigan, then from 1964 in Port McNicoll and then 1993-2001 at Bayfield Inlet.

Vic designed and built exquisitely beautiful wooden boats, power and sail, up to 65 feet long. The boats had extraordinary inlay work of mahogany and ebony in stunning designs. Hazel did all the varnishing, sometimes more than twenty coats.

They trained others to work in this fine tradition, which lives on among their protégés around the Great Lakes.

Their boats are owned by the ‘who’s who’ of Great Lakes and Muskoka boaters, and some have now become world travellers. Golden Goose, built originally for Gordon Lightfoot, is now in Germany and has sailed to the Antarctic. Passing Wind, their own 65-footer, was sold a few years ago to a New England owner, and has won Atlantic races. The 56-foot My Toy has made annual visits to Parry Sound, where it draws crowds of admirers.

Vic Carpenter’s creations are known and admired by lovers of wooden boats worldwide.