Note: this is Part 2 – please refer to the previous post for an introduction to these reviews.

Since starting to draft these posts I have come across a comprehensive review that pretty much covers all of the charting software available for the iPad, here’s the link. It’s a nice review, broad and not too deep with examples that will perhaps provide you with a better sense of how the apps will meet your needs. I’ll still carry on with what may be a more detailed look at the various apps.

I have purchased all three and have use the first two extensively both for planning a trip and while on the water. I haven’t used iSailor while boating for a reason that I will explain when we get to it. I will review each of the apps in the order listed above, with additional details, some comments, screen shots and videos as appropriate. Before we start there are a couple of details worth mentioning.

1. I am solely interested in how these charting apps work in an around the Georgian Bay 30,000 Islands. How they might perform elsewhere was not considered. And we typically travel at about 25 mph/knots when not dinking around the outer islands trying to avoid the uncharted rocks.

2. The charting apps come in two flavours: raster and vector graphic based. iNavX uses raster graphics, while iSailor and Navionics use vector graphics. Rather than provide a detailed description of the two types of graphics, I’ll use three images that should help you understand the difference, as well as a short video of how they look on the iPad.

All three of the images below are of Parry Sound Harbour, and show the app’s default view. They can be expanded as we’ll see later but these screen-shots basically show you what you would see if you turned on the three apps and took a look at this location. One more note: I don’t read manuals until I get to the point of not being able to figure out how to get what I want, and I figure I really do need help. This approach reflects reality for most boaters, these are apps, you turn them on and use them. If they require too much reading and remembering to use the basic functions they probably aren’t what you want. (I’m not an IT person but I’ve had a computer since about 1980, and I’m currently working with a software company to make their interface (nothing to do with charts or apps)  more user friendly, so I wouldn’t consider myself inexperienced. If I can’t figure it out ‘by pushing the buttons’ it probably isn’t that simple to use. 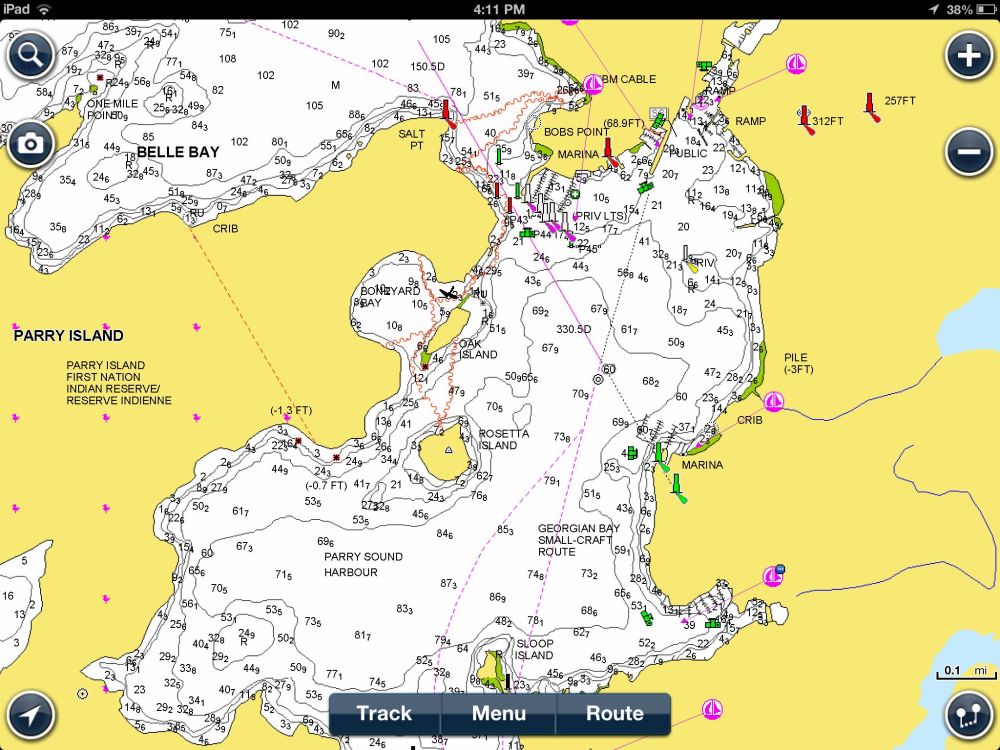 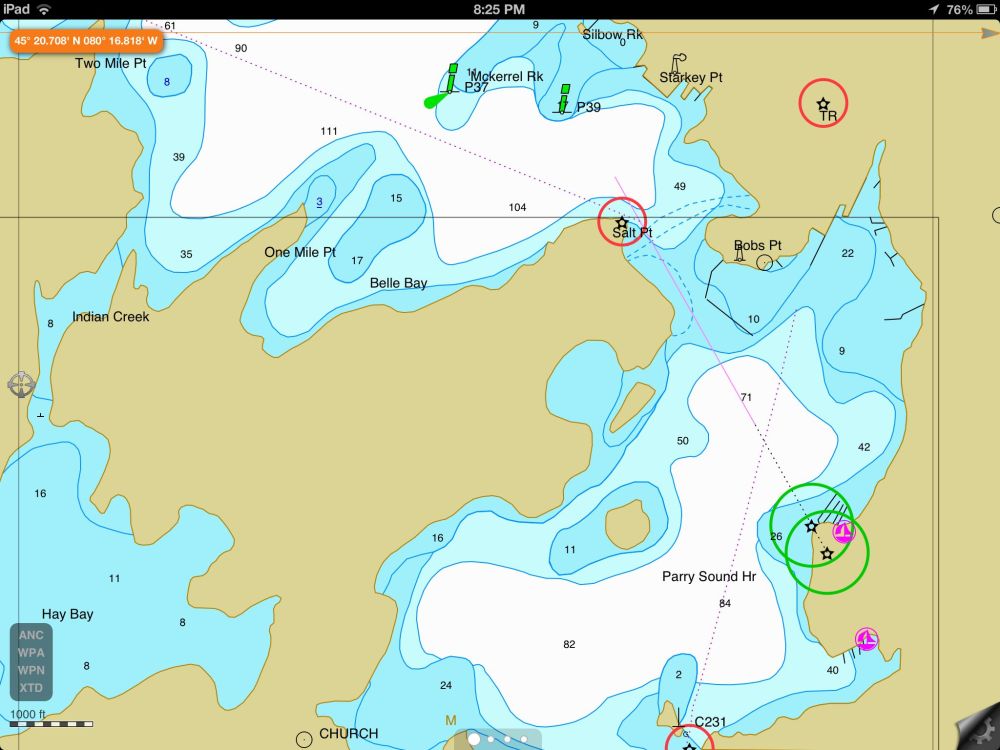 In the video below I provide a brief look a the apps and how they perform. I’ll go into more detail as I discuss the apps individually.

The next installment, Part 3, takes a look at the iNavX app in more detail.