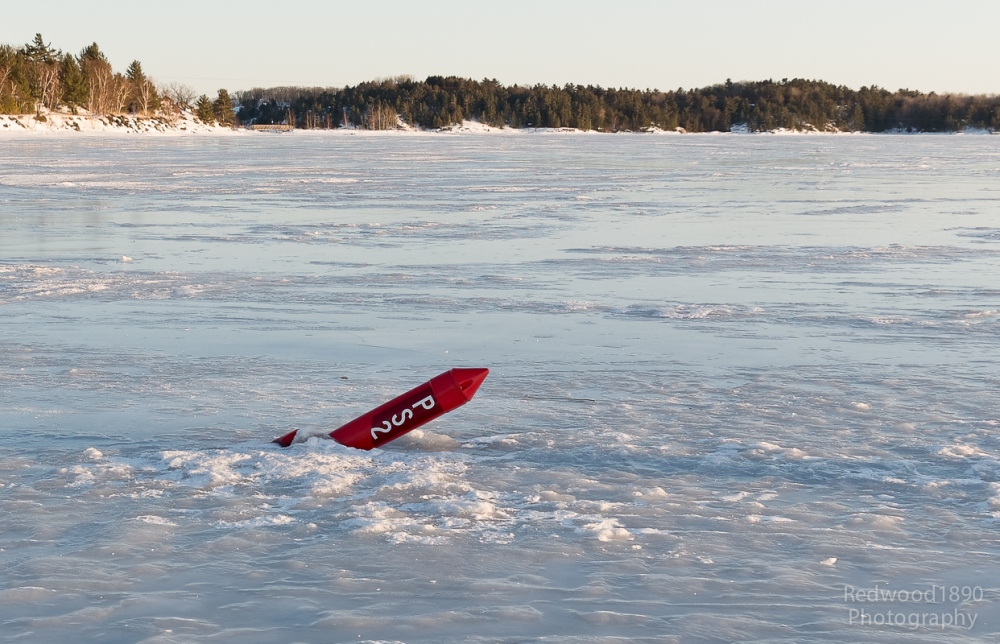 A familiar benchmark for the condition of the Big Sound, PS2 is now ‘bathed’ in ice rather than snow. We have had a few days a little above freezing followed by quite a bit more below freezing at night. Add in a little rain, not too much, and the Big Sound is turning into a skating rink. It’s been too cold to suggest there is much thinning of the ice, but the insulating layer of snow has been removed. It’s still weeks until boating season. The creeks and rivers are starting to open up so there will soon be some cold season kayaking possible.